We are aware of the climate change consequences that we see. But, what about the ones that we can’t see - that is literally under the sea? The coral reefs are dying and the outcome is terrifying.

In this article, we will address those consequences but also an amazing initiative to fight this phenomenon and protect the coral reef and marine life.

Coral can also be referred to as the “rainforest of the oceans” because it provides a habitat for millions of species including fish. Besides, it protects the coast from erosion and is a barrier against sea-level rise. It is not because the reef is not visible that it can’t be harmed and as the consequence be harmful to the environment.

Nowadays, the coral reef is threatened by a phenomenon called ‘bleaching’, the bright colors of corals come from a marine alga that provides the resources to grow and reproduce. When corals get stressed, from things such as heat or pollution, they react by expelling this alga, leaving a ghostly, transparent skeleton behind. This is known as ‘coral bleaching’. Some corals can feed themselves, but without this alga, most corals starve and die. 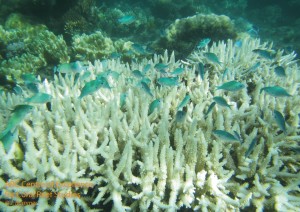 Fortunately, people are taking care of corals to help them survive.

Gili Shark Conservation was founded in 2015 in Gili Air, Lombok, Indonesia by three ocean lovers that want to be a part of the solution. “We didn’t want to stand on the sidelines anymore and watch how other people try to solve a problem which we are all responsible for,” said Rose, Co-Founder at the Gili Shark Conservation Project. 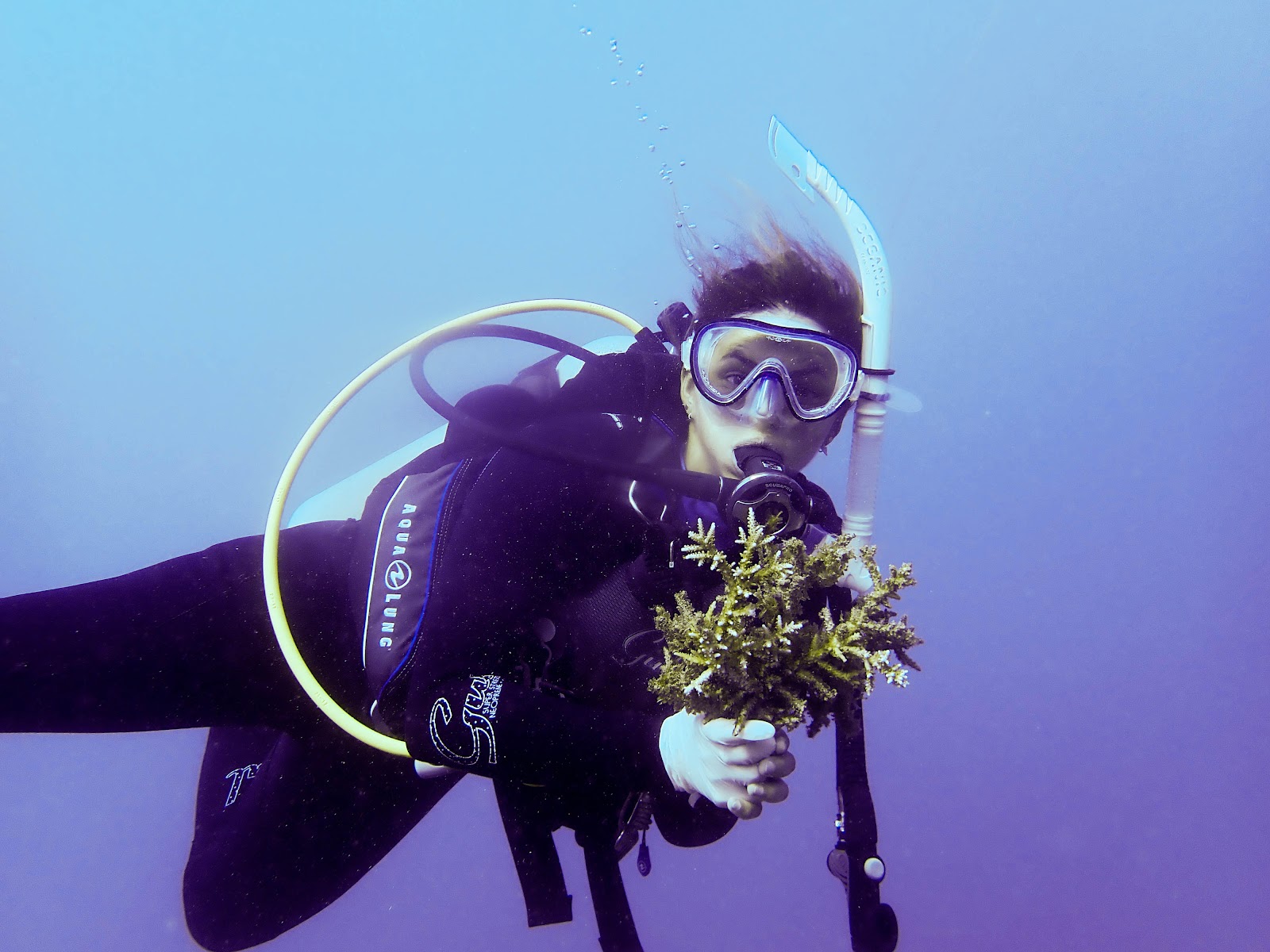 They collect data every day to be able to improve and protect marine life, their goal is to promote conversation efforts through education and research.

They have observed the decline of the coral reef not only in Gili Air but all around the world and we can now talk about a global crisis. “Through research, we have been able to estimate that over 50 percent of the corals around the Gili Islands have been lost. The Gili Islands is an important location for a coral restoration project because of its touristic attraction. We don’t only have the chance to recover some of the pristine coral reefs, but also to spread awareness about the importance of coral reefs and be role models in the field,” explained Andre Saputra, Lead Scientist at Gili Shark Conservation.

The project aims to restore the coral reef around the Gili Islands in Indonesia. For the initial stage was about building the hex homes so they would be coral-friendly with the help of locals. So, the locals get to know more about the coral reef and how to protect it during this process.

Then, the hex homes were dropped in the ocean where the restoration would be the best, later the organization collected fragment of coral reef and attached them to the hex homes to allow the coral to grow. 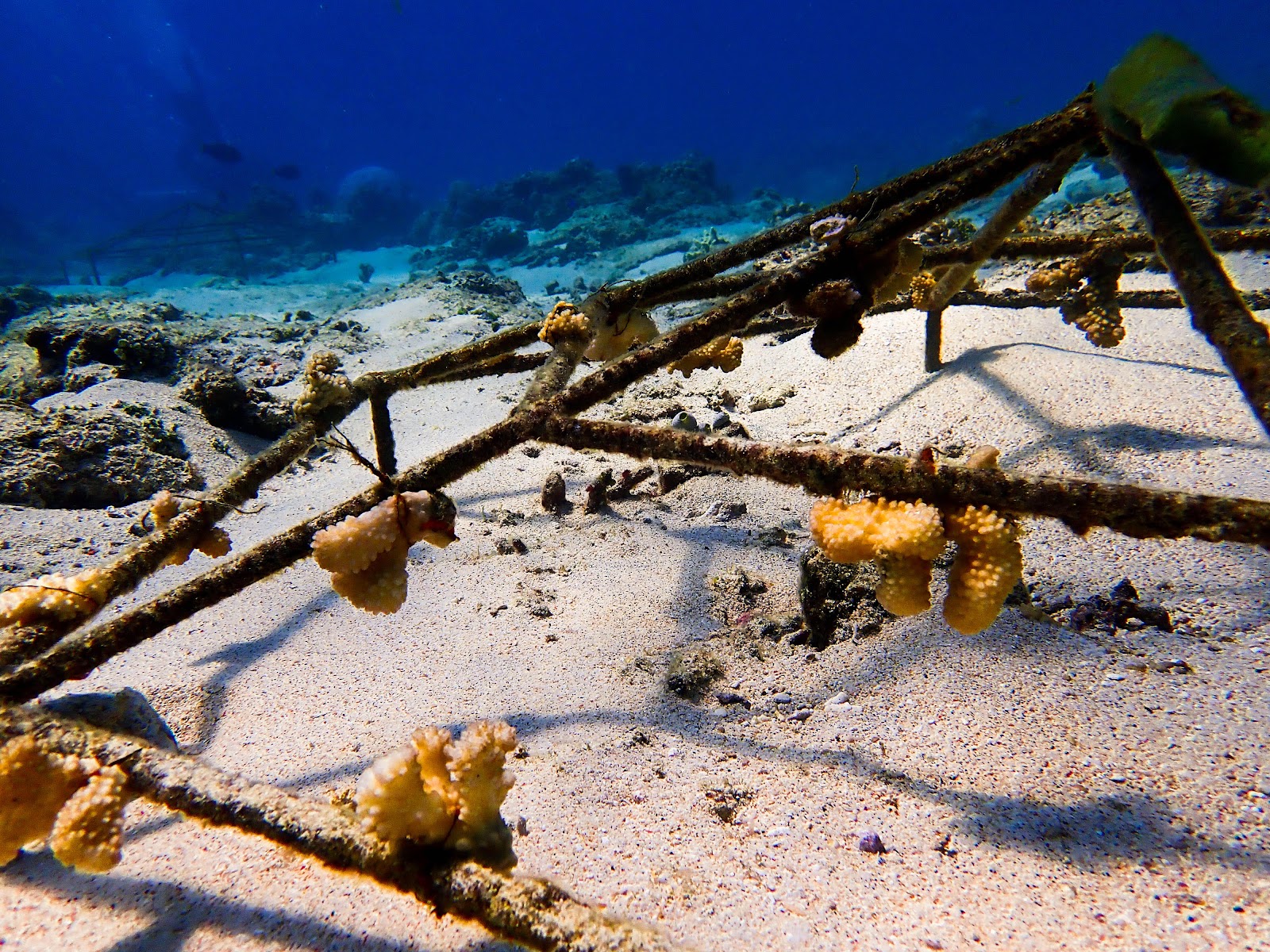 The importance of coral restoration has been recognized. Back in April, Gili Shark Conservation was awarded The International SeaKeepers Society Asia Achievement Award, which recognizes an organization in Asia that demonstrates a responsibility towards the health of Asia’s marine environment. As part of the award, they received funding to build the first 30 hex homes for the coral restoration project. 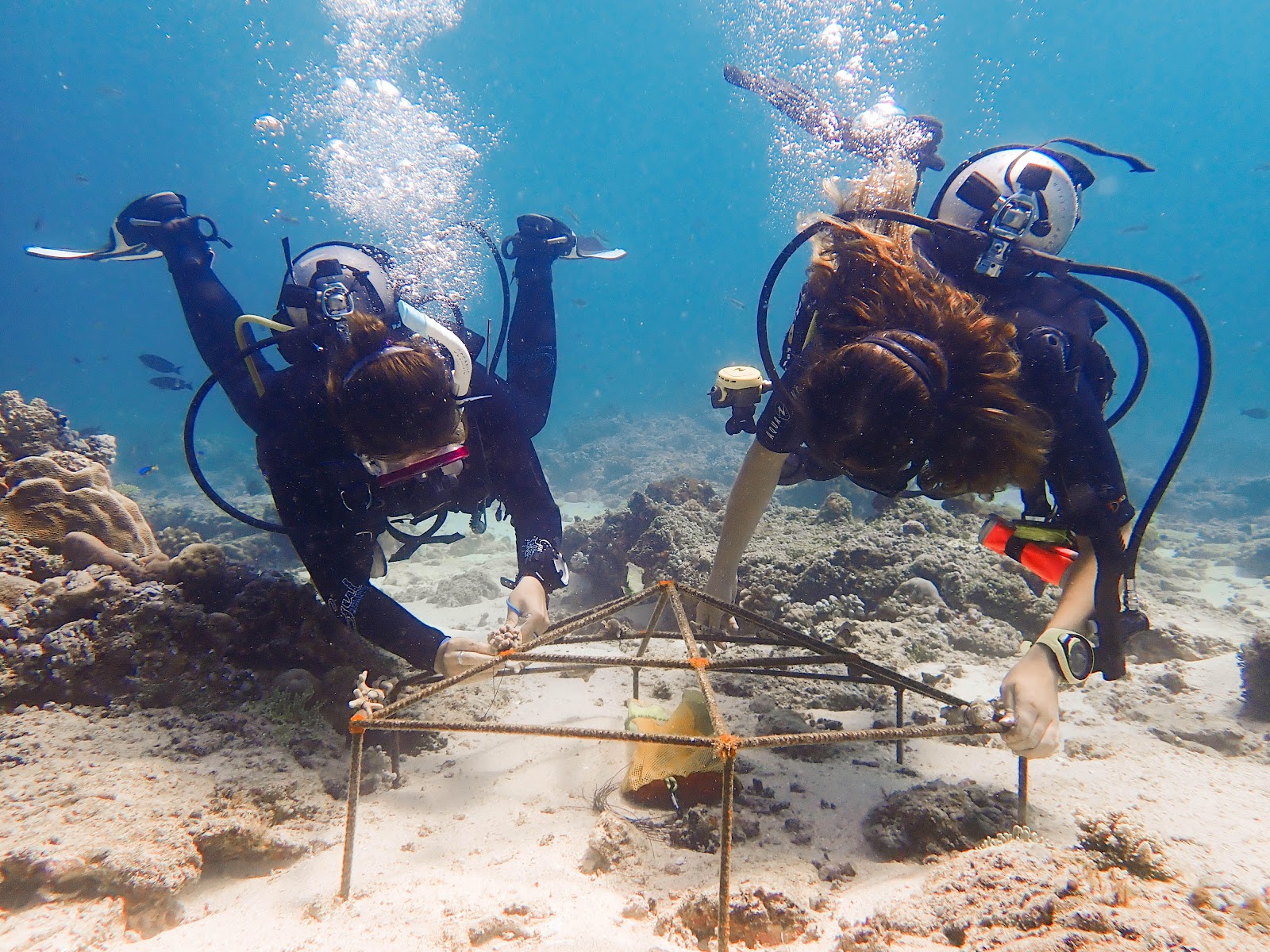 Thank you Gili Shark Conservation for protecting our oceans from the climate change consequences!